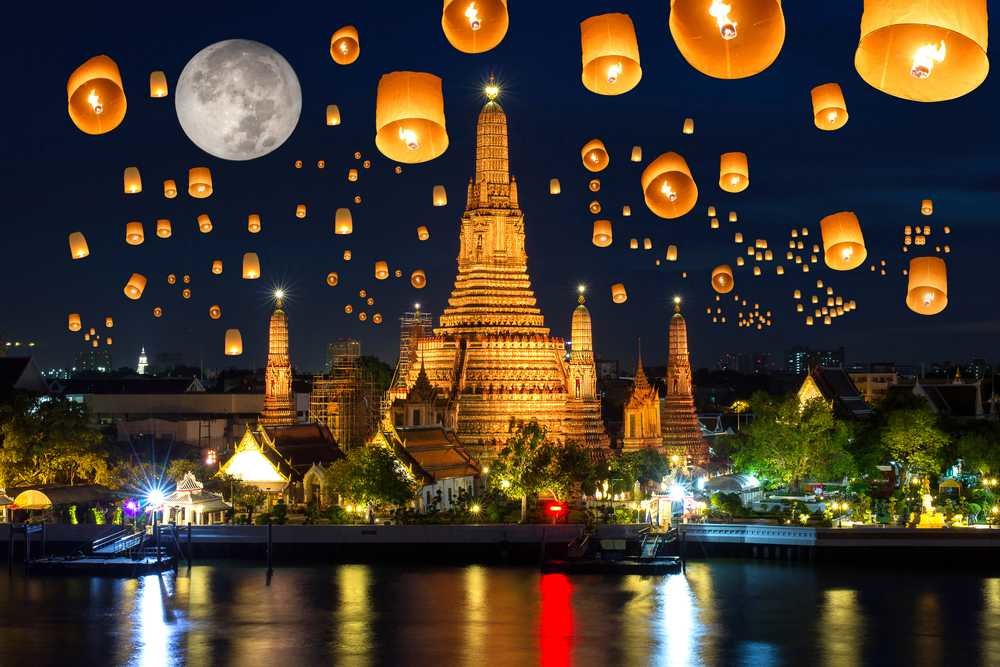 Although celebrations are slightly different in each place in Thailand, this adds to the uniqueness of this famous Thai festival. Regardless of where you are celebrating, you are sure to have a magical time during the Loi Krathong festival, with beautiful memories to last a lifetime!

Don't forget to bring a camera!

Be respectful and careful of your surroundings; the festival is a religious and spiritual one.
Bring a lighter with you to light the candles and incense sticks.
Do not wear any revealing clothes if you wish to visit the temples.
If you plan on visiting a temple, buy the Krathong after you finish.
Try to walk to the events during the festival, so that you can avoid traffic.
Opt for the Krathong made of the banana trunk or bread, rather than styrofoam, as they are biodegradable and thus, more eco-friendly.

Head down to the stalls near a river or water body to pick out a Krathong you like or you can even make your own! Follow the locals to the river-bank, where you can light the candles and the incense sticks as soon as you are ready to release it. Make a wish, gently push the Krathong into the water and watch it float away. 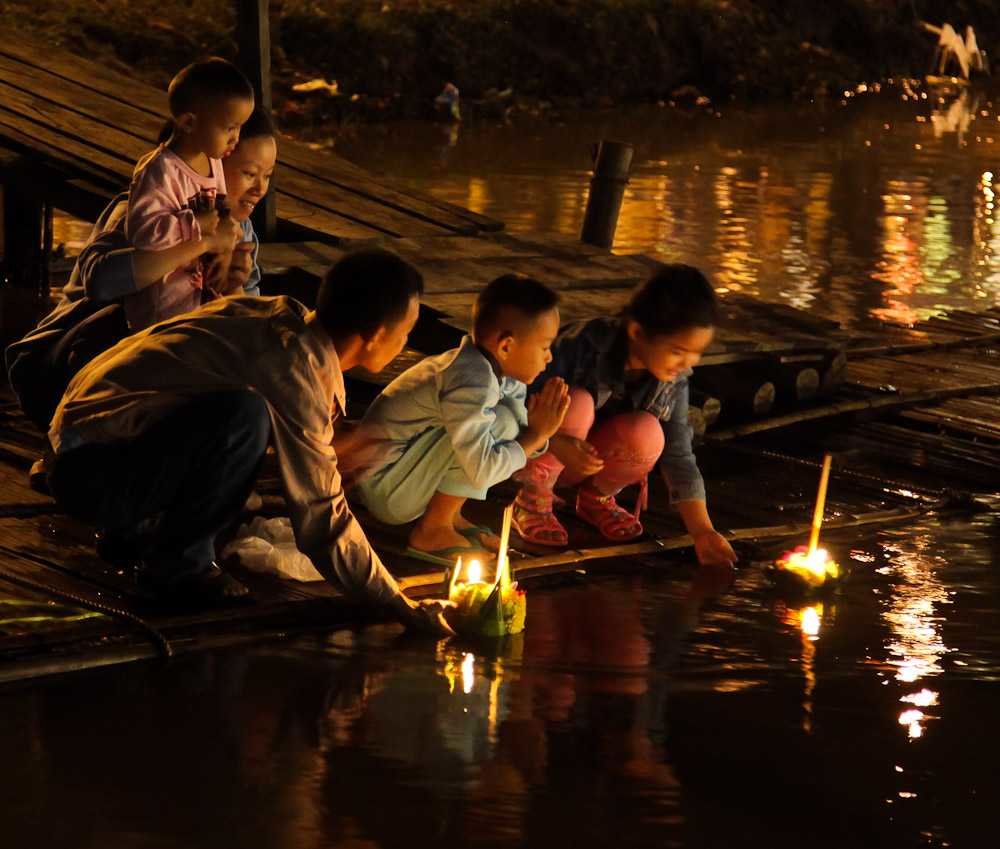 How to Release a Krathong in the Water?

The celebration of Loi Krathong coincides with the Lanna (or Northern Thailand) festival, Yi Peng or the 'lantern festival'. Its festivities involve lantern parades, colourful hanging lantern decorations in houses and temples and a release of lanterns into the night sky. However, the law allows people to release their sky lanterns or 'khom loy' only at a specific time and date.

The annual festival is celebrated with many rituals at the Buddhist temples in the region. Makeshift steps are constructed in several rivers or water body areas to allow people to enter the water. One can see many stalls selling food, beverages and readymade krathongs. The festival also includes some activities, such as boat races, lantern processions and parades. Fireworks have also become common in the past few years. Beauty contests are also held, where the winner was crowned the title "Queen of Beauty" or 'Nang Noppamas'. Years ago, Nang Noppamas was the noble companions of the King of Siam, who initiated the festival.

The release of the Krathong is done to promote good fortune, with the belief that if the Krathong floats away, then the coming year will be filled with success and happiness. People often place personal items, such as coins or nail clippings, on the Krathong, as an offering to the river spirits. Even large corporations and government offices launch krathongs into the water.

As the full moon begins to rise, thousands flock to the nearest beach or seashore to release their Krathong into the water. The body of water becomes illuminated with thousands of lights, indeed a sight to behold. 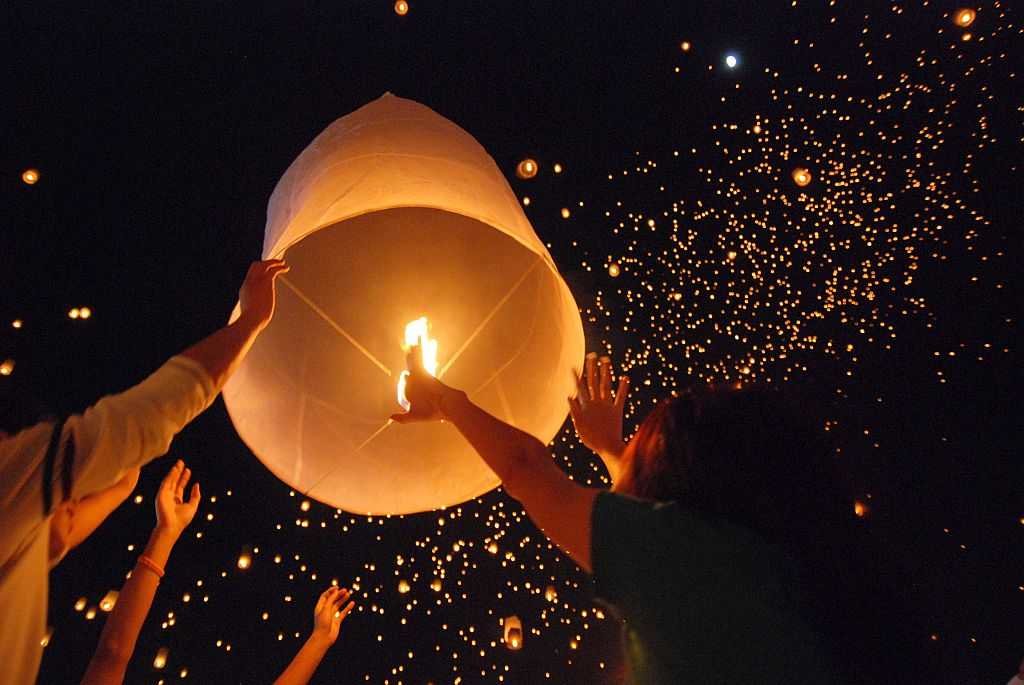 How is Loi Krathong Celebrated?

Other places in Thailand such as Tak and Ayutthaya are also recognised for their vast celebrations, including musical and cultural performances, as well as some competitions and contests.

Most of the major beaches in Phuket enjoy large crowds as they participate in the Loi Krathong celebrations, including places like Nai Harn Lake, Patong Beach, Saphan Hin Park and Suan Luang Park.

Bangkok is recognised as a great Loi Krathong destination for its number of ponds and waterways to launch the Krathong. Some favourite locations to float your Krathong are the Chao Phraya River, Asiatique riverside, Wat Saket, Lumpini Park and Benjasiri Park. One can enjoy traditional Loi Krathong festival displays, floating processions and fireworks!

Chiang Mai in Northern Thailand was the capital of the former Lanna Kingdom, and is known for the celebration of the Lanna festival, Yi Peng during Loi Krathong. People can enjoy the picturesque views of the sky lanterns, colourful parades, exhibitions, fireworks and traditional dance shows in Chiang Mai.

One of the most popular places to celebrate the festival, the celebration of Loi Krathong continues for about five days in Sukhothai. It is often believed to the birthplace of the festival. Besides the floating lights, one can also see alm-giving to Buddhist monks, and a variety of parades, dramas, performances, light and sound shows, beauty contests and more!

Although Loi Krathong is celebrated all over Thailand, the festivities are on a larger scale in some places.

Where is Loi Krathong Celebrated in Thailand?

Another story links the traditions to a court lady named Nopphamat from Sukhothai about 800 years ago. Several others also believe that it used to be a Brahmanic festival, which was later adapted by Thai Buddhists to worship the Buddha. Loi Krathong is also seen as a time to wash away sins of the past year and welcome good fortune and luck in the coming year. It is a way to let go of one's anger, -hatred and negative thoughts.

The origin of Loi Krathong has many stories attached to it. One belief is that since Thai people have a close connection to rivers, this festival allows people to pay respects and worship the river and the river goddess, Pra Mae Khongkha. The people show gratitude for their plentiful water resources and ask for forgiveness for the pollution.

The name of the festival thus means 'to float a basket', which is one of the most common forms of its celebration. The idea behind it is to get rid of all your misfortunes and float them away, leading to a fresh start. This allows people to purify their minds and lighten the soul.
The word 'loi' means to float. 'Krathong' is used to refer to a small container or basket, which is decorated with banana leaves, flowers, incense sticks and candles. The Krathong is usually made from the cellulose trunk of a banana tree, bread or Styrofoam.

What does Loi Krathong mean?

The Loi Krathong Festival is one of the most exuberant festivals celebrated in Thailand. The celebrations are a national event in Thailand, and it is sometimes referred to as the 'festival of lights'. The festival is even welcomed in a few neighbouring places outside Thailand under different names such as Tazaungdaing festival in parts of Myanmar, Il Full Moon Poya in Sri Lanka and Bon Om Touk in Cambodia. 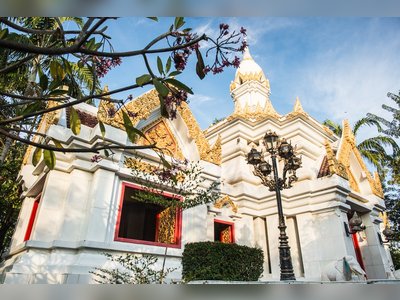 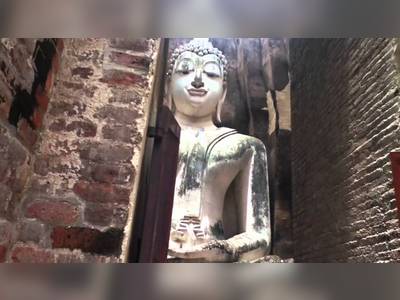 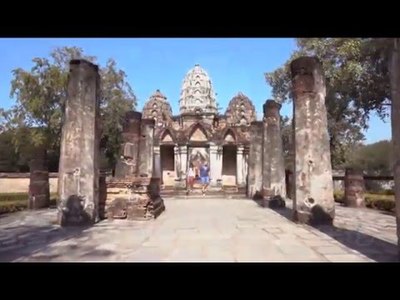 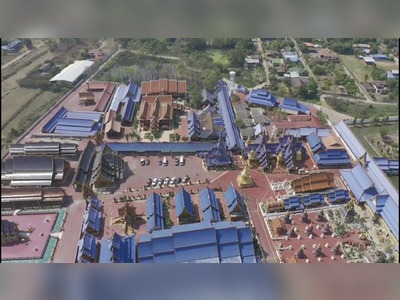 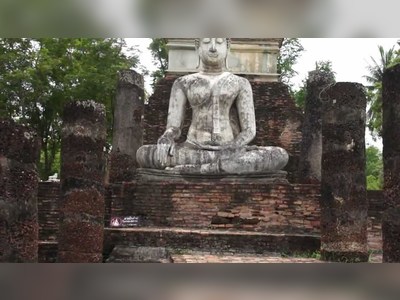