Everything You Need to Know About Similan Islands

The Similan Islands is one of the best-known island groups in the Andaman Sea, largely because of the wonders that await beneath the clear-blue waters surrounding it. They're around 84 km northwest of Phuket. This little archipelago is one of the most interesting diving areas in the world, as well as a favourite destination for yachties and boat tours. 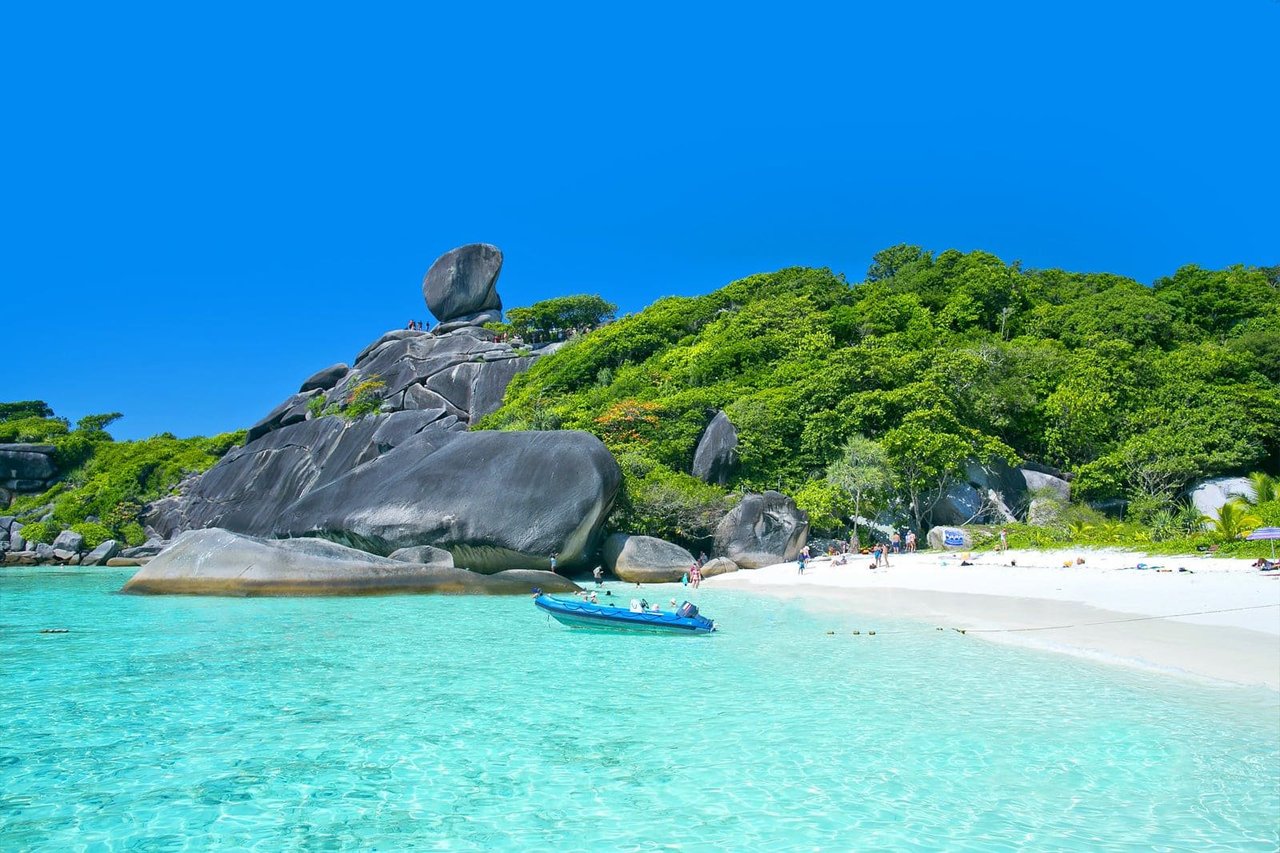 What to see on the Similan Islands

The Similans aren't as dramatically scenic as the limestone islands of Krabi or Phang Nga Bay, which many people have come to associate with the Andaman Sea. Instead, you find low-lying formations covered with thick forest.

Ironwood and gum trees are among the larger trees, while jackfruit, rattan and bamboo form part of the denser undergrowth. The islands are home to crab-eating monkeys, dusky langurs, squirrels, bats, lizards and a good variety of birds (though the monkeys are shy and rarely seen by the casual observer).

The most striking feature of these islands, at first glance, are the huge boulders that litter the western and southern shores on several of the islands. Another highlight is the white coral-sand beaches, splendidly picturesque and often deserted.

The most interesting sights, however, are to be found beneath the waves. Some of the most spectacular coral growths in the world can be found here – the same boulders scattering the shores have turned the waters around the Similans into an adventure playground for divers. 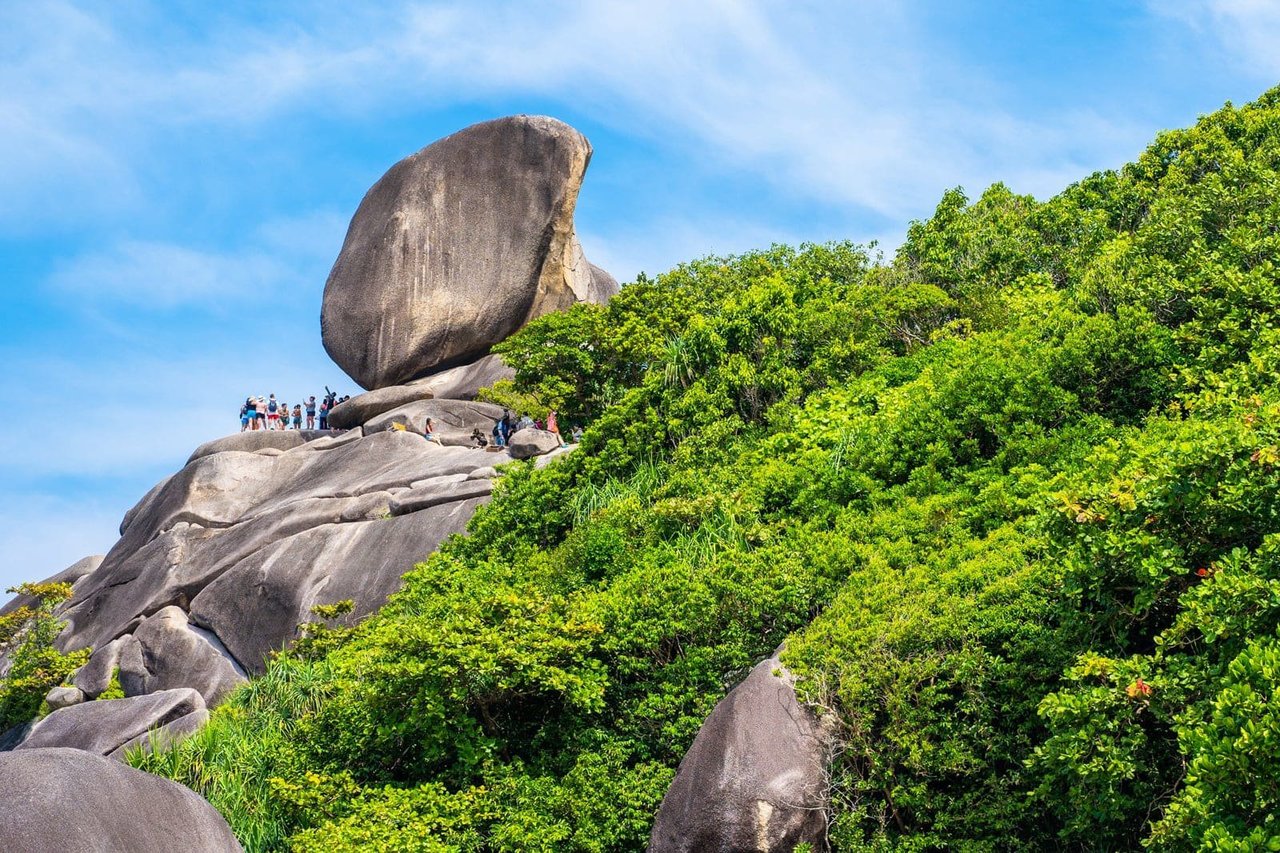 At various times in the past – with sea levels fluctuating by as much as 150 metres with the advance and retreat of the polar ice caps – the Similan Islands have been underwater, battered by storms, covered with marine growths, and visited by creatures long extinct.

Think of that when you scale the trail to Sailing Boat Rock, on Island No. 8. As you squeeze through the crevices and archways, imagine them covered with colourful corals, sponges and algae. Where today you find birds and butterflies and squirrels, at one time there were dense schools, bright streams of fish instead that commuted this way and that, with large fish and marine dinosaurs cruising through on the hunt.

A variety of forces have given shape to these islands. To begin with, the Similans were intrusions, upwellings of hot magma that found their way through weak spots in the Earth's crust around 100-150 million years ago, working their way through thick layers of sedimentary rock already laid down at least 100 million years earlier still. Then, unimaginably powerful movements in the crust cracked the granite substratum into blocks, before they were further sculpted by wind and wave. 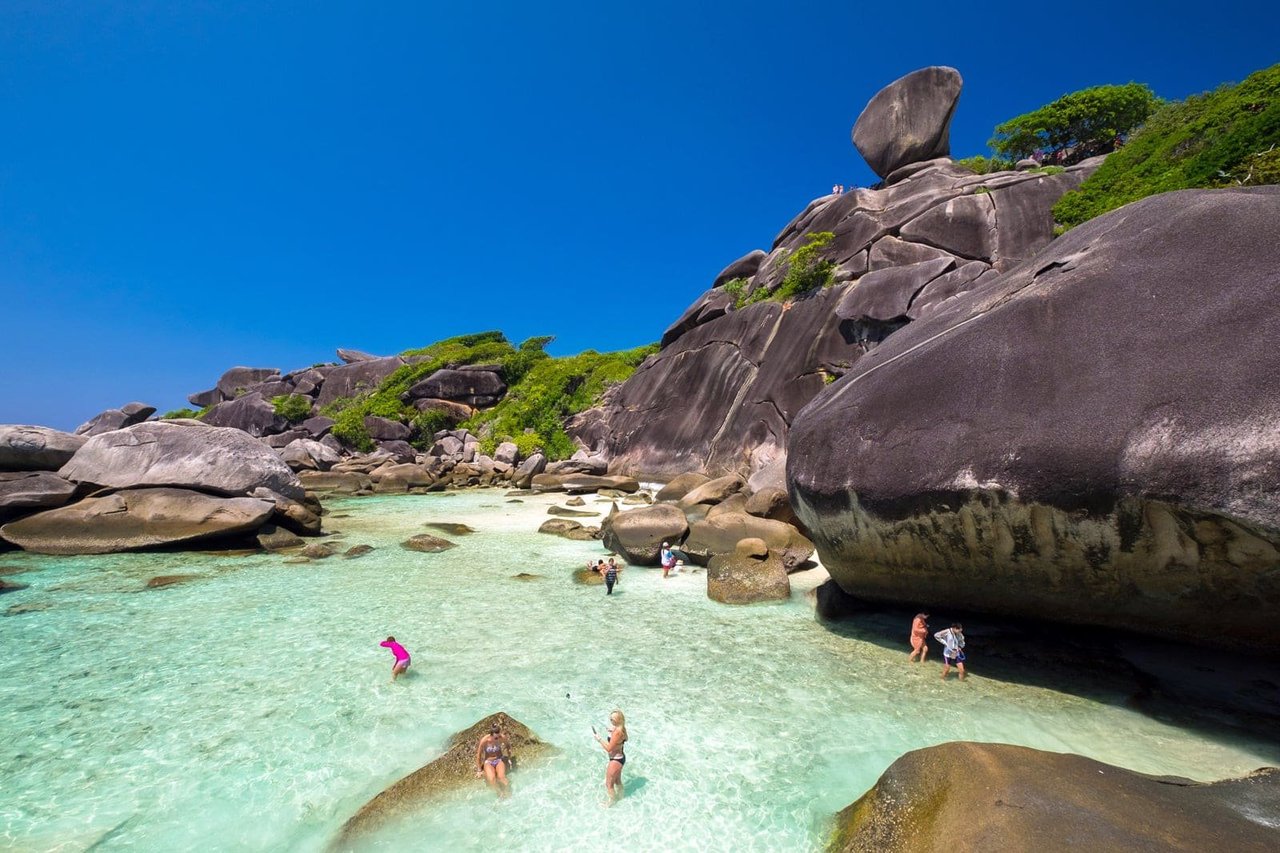 The beauty of the Similan islands

Today, piles of curious stones, some of them as big as houses, lie as though collected and later abandoned in careless heaps by some ancient race of beachcombing giants. Even Sailing Boat Rock, the distinctive formation teetering high above the cove on Koh Similan (Island No.8), has been shaped in this way.

And boulders just like these spill in jumbled piles down beneath the surface of the sea to 35 metres and beyond, where submarine peaks, canyons, caves and passageways provide scuba divers with some of the most interesting submarine prospects in the world. On the west side of the islands, currents have kept the formations clear of sand; on the coral-covered sandy slopes of the east side, the boulders have been largely buried. 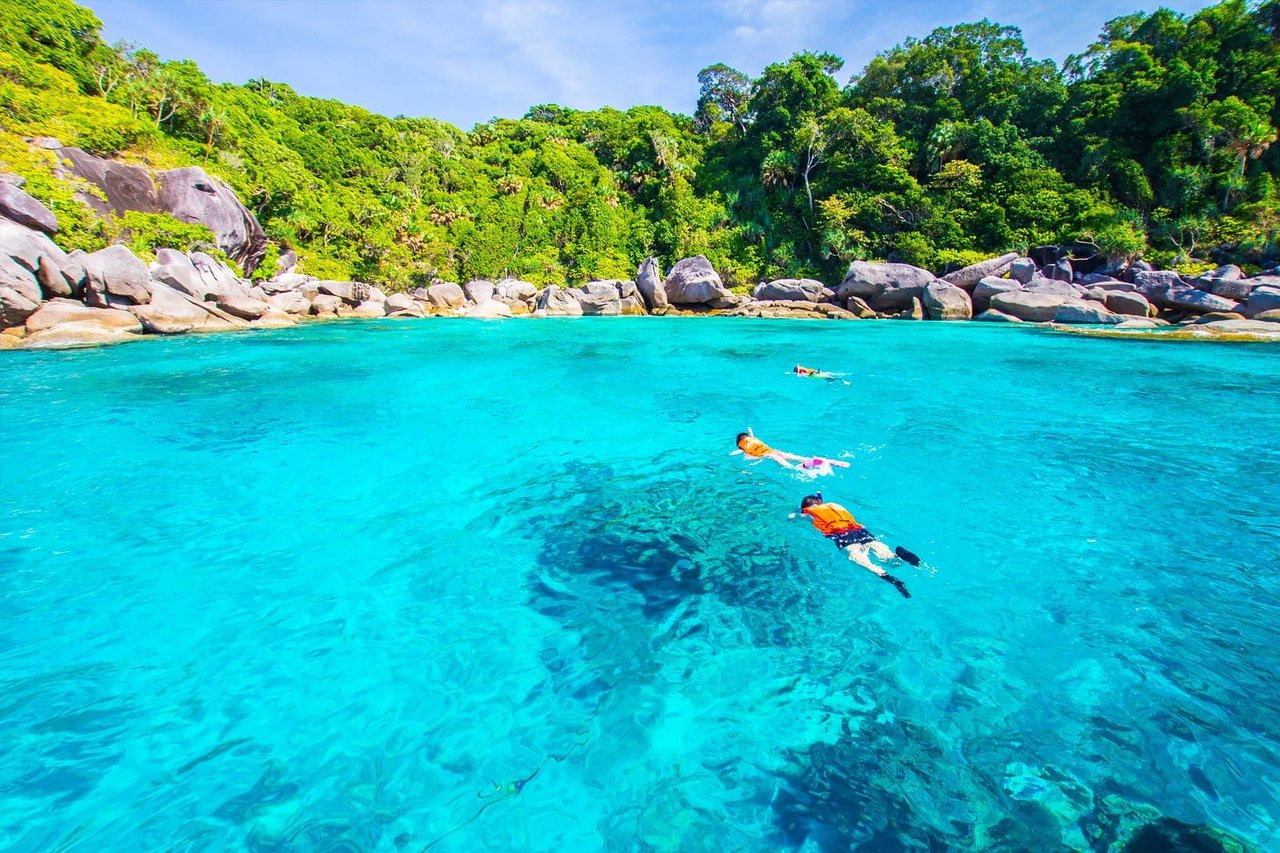 Beneath the waves, all sorts of marine creatures have helped establish the reefs and sandy beaches. When you climb up to Sailing Boat Rock, consider the brilliant white sand below.

This beach is in large part a product of diligent scraping and nibbling away by organisms such as the parrotfish – an average individual of which species may excrete more than 16 kg of sand in a year's lunching on hard corals.

The conditions for coral growth are ideal, with a minimum prevailing sea temperature of about 28°C and exceptionally clear waters. More than 200 species of hard coral alone have so far been identified in this area, while these islands have the greatest profusion of reef fish in Thai waters.

In terms of both marine life and bottom topography, there's more variety than you'll find in most dive destinations around the world. The Similan Islands has almost everything – coral walls (if we count Koh Bon, to the north, as one of the Similans), big rocks, huge sea fans and barrel sponges, caves, swim-throughs, and plenty of shallows for snorkelling as well.

The fringing waters around the islands average from between 30–45 metres, dropping down to 70–80 metres between islands, and you'll find coral gardens in as little as 6 to 7 metres down. 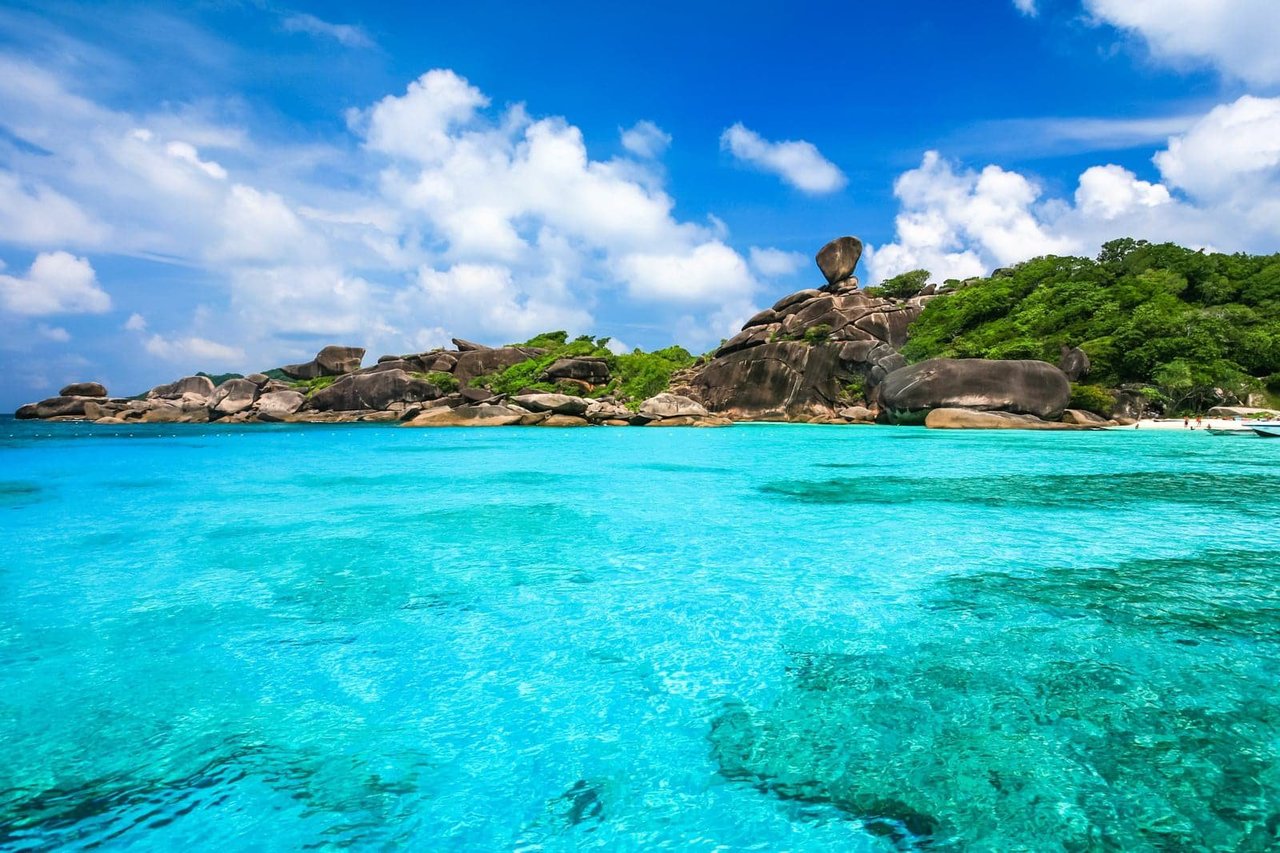 Sailing cruises to the Similan Islands

It's best known as a diving and snorkelling destination, but the Similans' scenic moorings have also become popular with the sailing fraternity. Every year, many yachts come to cruise the Similans during the northeast monsoon (November–May, with December–February being the peak of the high season). Many are drawn by the lovely anchorages, the beaches and forests, the clear waters, and teeming marine life.

You can book bareboat sailing charters and sailing-diving cruises from Phuket. If you're on a yacht that doesn't have scuba gear or a compressor, you can always hire what you need from the dive boats that regularly come out from Phuket. Aside from sailing and diving, more and more dayboats are coming out from Phuket and Phang Nga during the high season, bringing with them crowds of sightseers, picnickers, and snorkellers.

Koh Similan National Park often acts as a stopover on the way to more distant undersea frontiers and sailing destinations – areas such as the Andaman Islands, the Invisible Bank, and the Burma Banks. 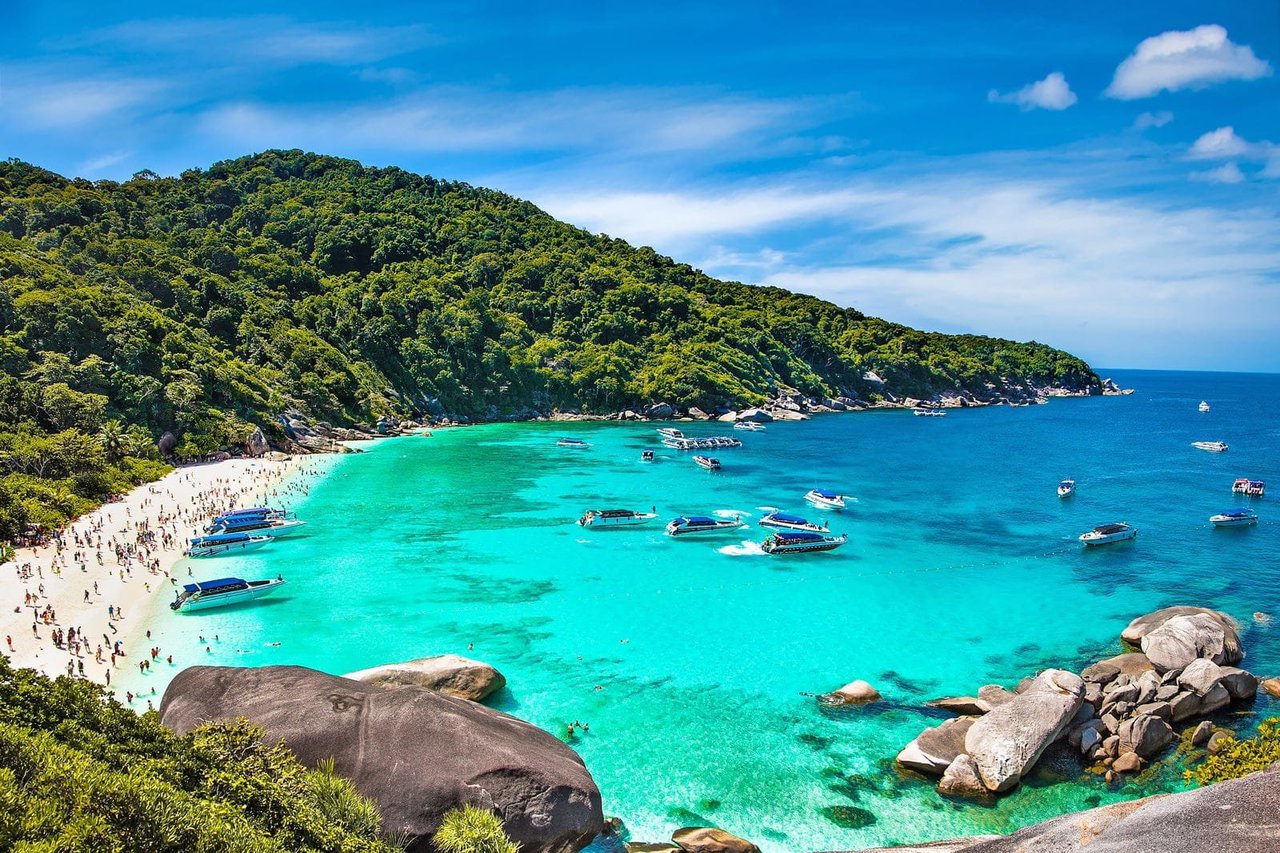 Getting to the Similan Islands

There is no regular boat service for visitors to the island. During the low season (May–October), boats may stop running altogether due to unfavourable weather conditions. Thap Lamu Pier, in the Thai Muang district of Phang Nga province, is the nearest launching point to the Similans, with boat trips taking about 3 hours.

More adventurous travellers may try to hitch a ride with some of the local boats heading out there – just be sure to allow lots of time since there's no guarantee that there will be a ride back on any given day. Note that a park entry fee of around 500 baht is charged for foreign visitors.

Daytrips from Phuket and Khao Lak are also possible, with a travel time of around 45 minutes or up to 3 hours depending on the boat used. A popular way to go, especially for divers and game fishers, is by joining a liveaboard boat trip from Phuket, which usually runs for 4 days. Many Phuket-based liveaboard operations offer varying levels of luxury and facilities. 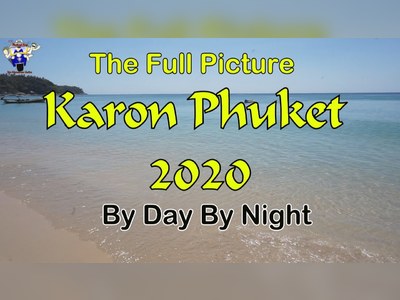 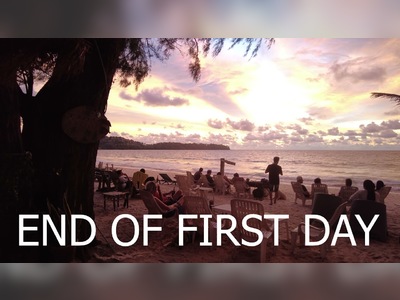 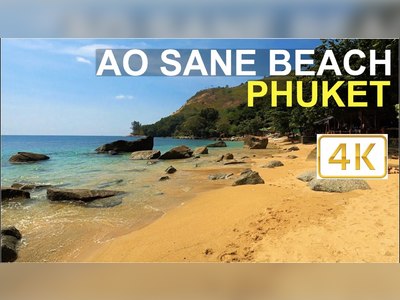 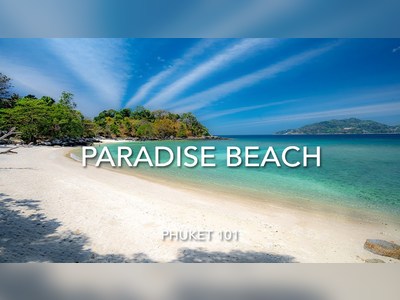 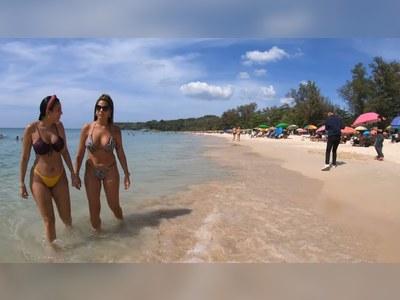