Sanctuary of Truth in Pattaya

The Sanctuary of Truth is perhaps the most iconic structure in Pattaya.

Intricately carved entirely from teak wood, the awe-inspiring 105-metre-tall hall on the headland to the north of Wongamat Beach is a one-of-a-kind structure in the whole world. Neither temple nor palace, despite looking like a hybrid of both, it was commissioned by a local business tycoon to act as a place of appreciation for philosophy, art, culture and faith, without being tied to a single religion. 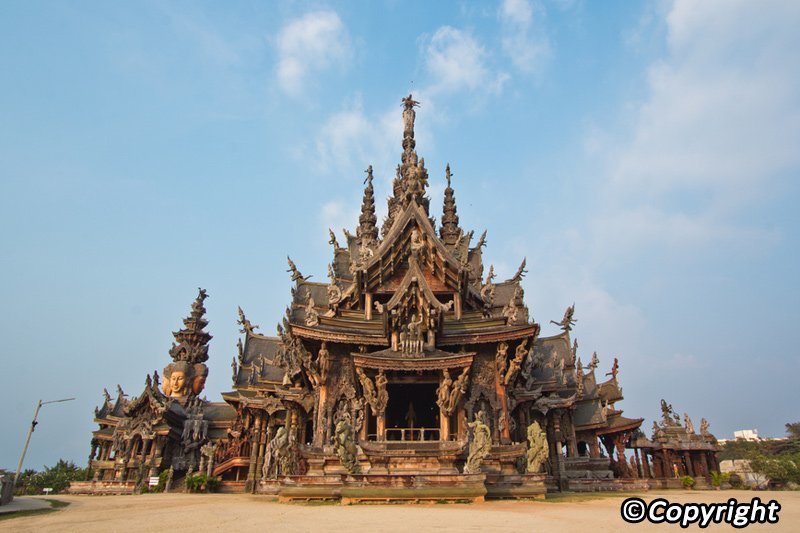 The sanctuary is perhaps best described as a monument to Thai craftsmanship, with its stunningly detailed carvings of elephants, people and scenes, creatures and deities from mythology. They pay homage to and are a reflection of the Ancient Vision of Earth, Ancient Knowledge and Eastern Philosophy and they adorn every single surface – both inside and out – of the building. They are also a reflection of the fleeting nature and ceaseless toil of human existence because none of the wood is treated or protected from the elements, meaning that older parts gradually succumb to the rigours of the weather and climate and need to be replaced. The construction of the sanctuary, which began in 1981, is an on-going, never-ending task. 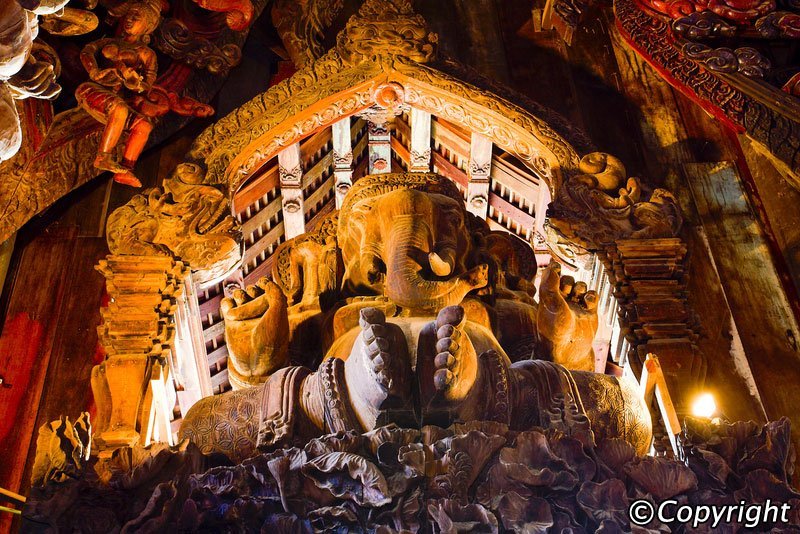 Admission and how to find The Sanctuary of Truth

From North Pattaya Road, turn right into Naklua Road at the circle before you get to Pattaya Beach Road. Turn left into Naklua Soi 12, and travel right towards the end. Admission is 500 baht for adults and 250 baht for children. Tour guides are free, friendly and very knowledgeable. 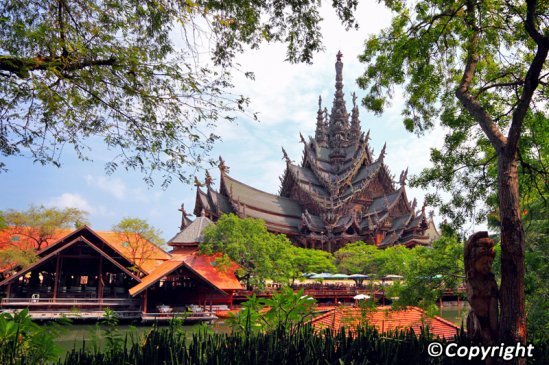 The Sanctuary of Truth was conceived from the vision that human civilization has been achieved and nurtured by religious and philosophical truth; created, in other words, out of goodness drawn from religion, philosophy and art. Through elaborate carvings and sculptures, it pays tribute to the seven creators man cannot exist without: Heaven, Earth, Father, Mother, Moon, Sun and Stars. Deeply embedded into all of this are ancient Buddhist, Hindu, Brahman and other spiritual and philosophical elements.

Even without faith, the building is a wonder to behold. It creates a strong sense of peace and a there is a hushed reverence within which occurs naturally, without the need for notices demanding silence. It therefore seems a little odd that the expansive park-like grounds of the sanctuary also contain a small shooting range and regular dramatic demonstrations of sword-fighting. Elephant and horse rides, and a small selection of souvenir stalls, are also available.