It connects with the MRT underground system and features a distinct half-dome structure, designed by an Italian architect Mario Tamagno in an Italian neo-renaissance style.

Open in 1916, Hua Lamphong boasts an elegant design, similar to several government buildings and public monuments built during the same period, such as the Ananta Samakhom Throne Hall, The Bank of Thailand Museum and Parliament building – all designed by the same architect. Its appearance and interior layout have been compared with the Frankfurt Train Station, which also features the half-dome façade, a giant clock on the front gable and open-air passenger galleries. 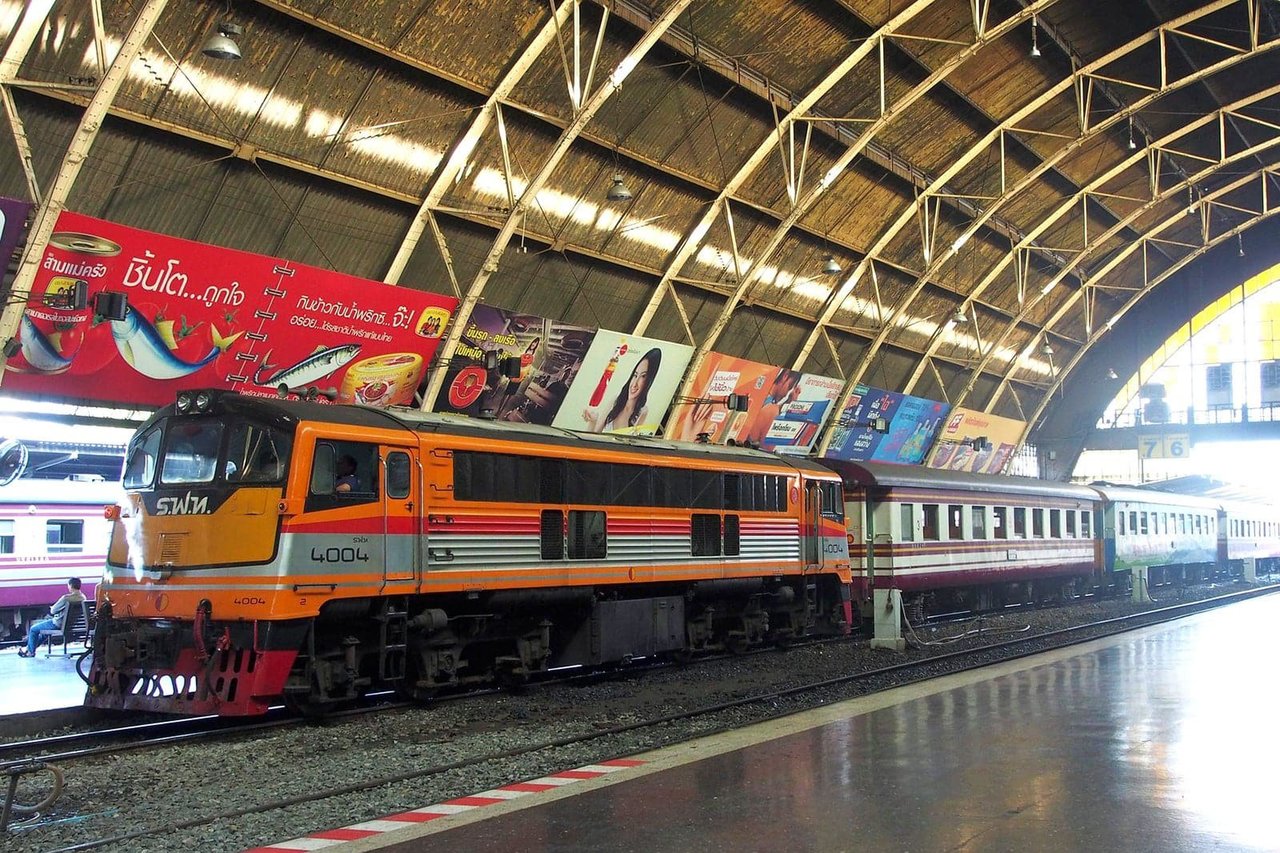 Bangkok Train Station has a simple layout. The entrance leads directly to the ticketing and waiting area. On the left-hand side are the 26 ticketing booths and 2 giant English/Thai electronic information display boards featuring real-time departures and arrivals. To the right of the ticketing booths, there’s a waiting area filled with rows of chairs. There are also a handful of fast food outlets and shops on the ground floor as well as on the mezzanine level.

Walk pass the ticketing area and you arrive at the passenger galleries. Non-passengers are allowed to go inside and all the way to the platforms to see the passengers off or alighting from the carriages. Outdoor parking is located to the west of the station, while taxis are parked right in front, to your right as you exit the station. 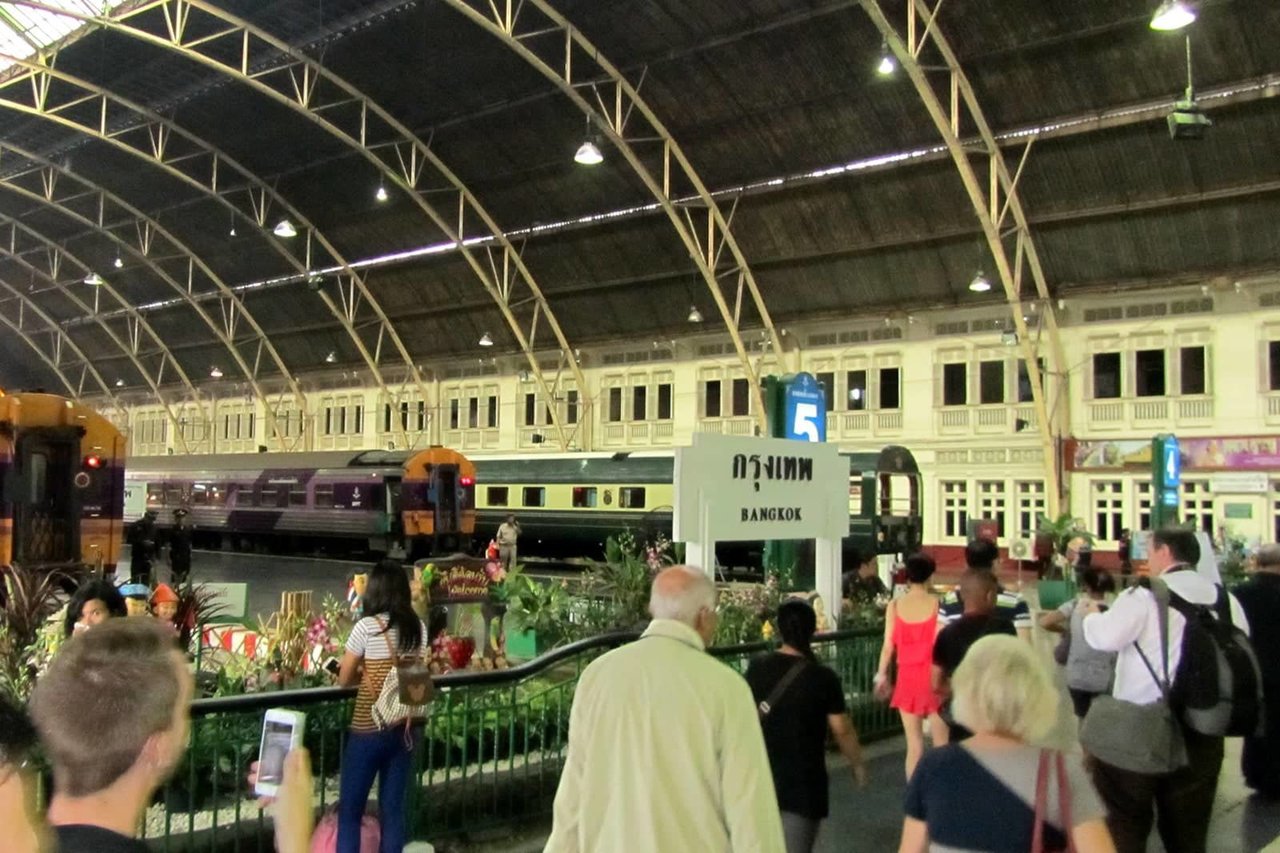 Train tickets can be purchased on the same day or in advance, and fares vary according to the type of seat and train. Select your seat and train from the plan displayed on the screen. Make sure you don’t make a mistake, as there are no refunds for purchased tickets. You might be able to change seat, train, or departure time – but only once.

E-tickets are also available, but seats are limited. You can only purchase first and second class air-conditioned sleeper tickets. 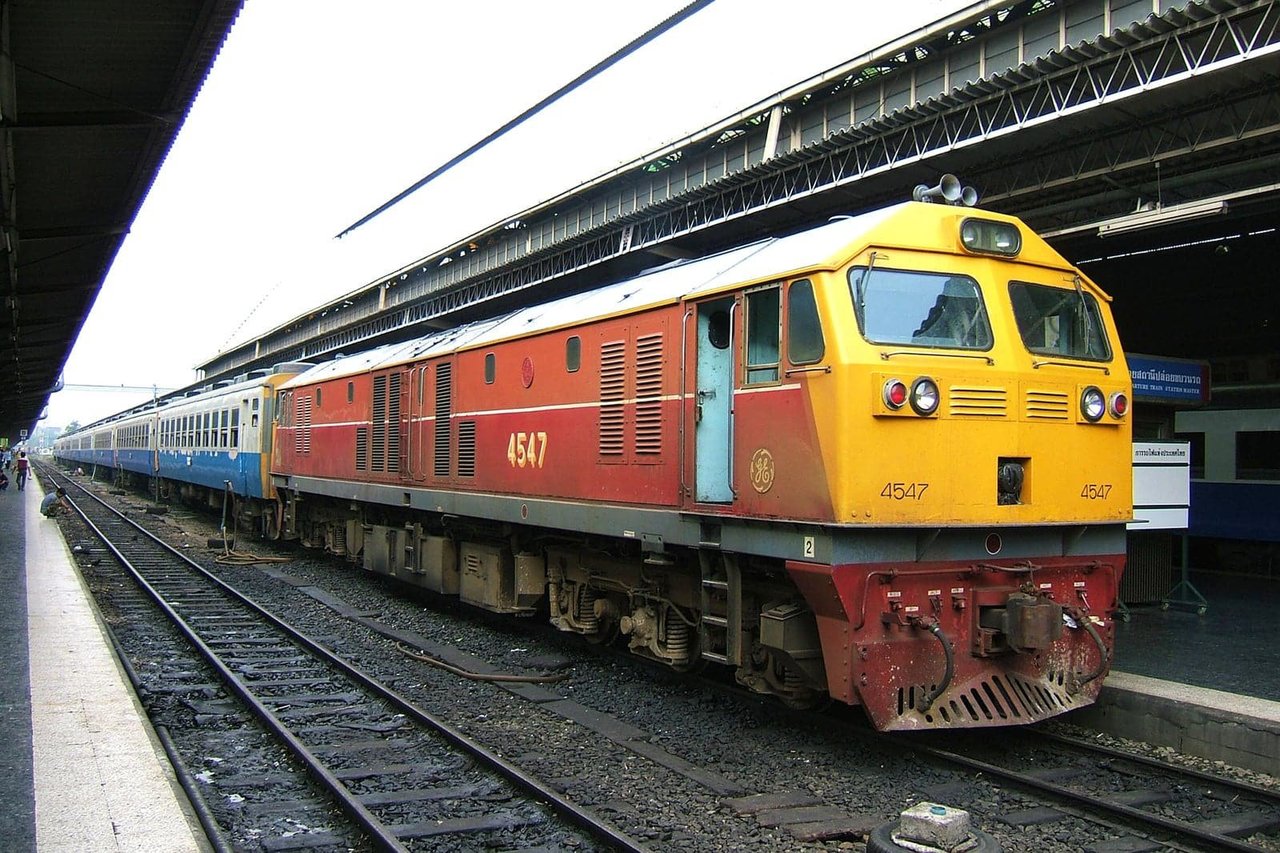 Types of seats and trains at Hua Lamphong 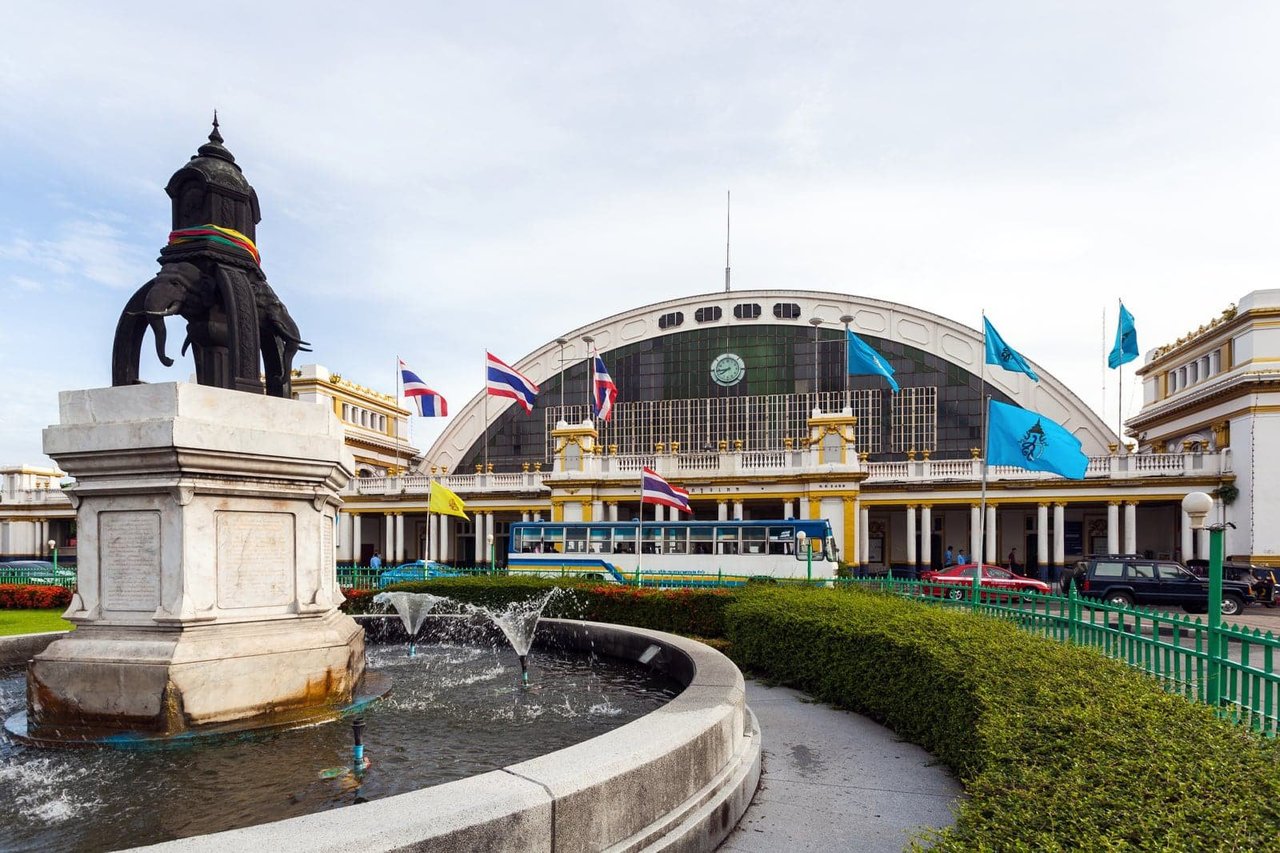 These excursions trains are ideal for those who have lots of time on their hands or prefer to go slow and enjoy train travelling. Each trip includes accommodation (on sleeper trains or at designated resorts), meals and guides, but excludes admission fees to landmarks, museums or monuments. 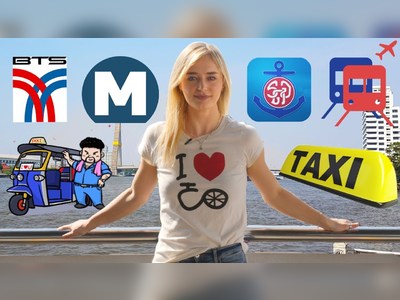 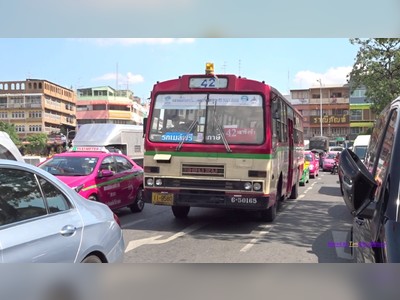 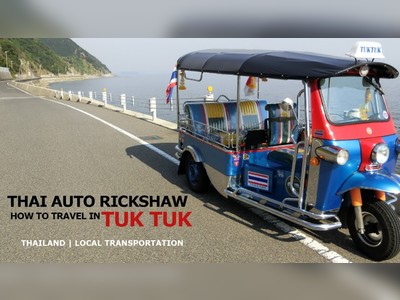 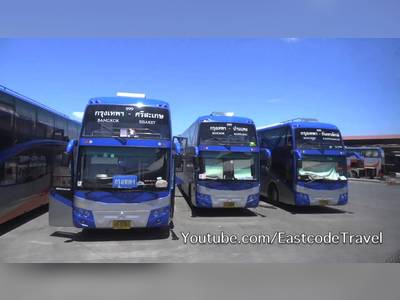